< Selena Gomez, Hailey Bieber Prove There's No Drama By Posing Together For Photo : Gomez, who was in a highly publicised on and off again relationship with Bieber’s husband Justin Bieber seemingly put to bed any speculation of a feud between the two when they posed together for a sweet photo while at the Academy Museum Gala on Saturday.
Dressed in a crisp black suit, Gomez stood cheek to cheek with Bieber, who wore a chic, brown cutout dress, as seen in the photo shared by photographer Tyrell Hampton. During an appearance on the “Call her Daddy”, on Sept. 28, Bieber who married Justin in 2018 opened up about the narrative that she “stole” Justin from Gomez, as well as the online harassment she’s received from fans.

Bieber revealed to host Alex Cooper that she’d been in contact with Gomez following her marriage to Justin, and that there’s no bad blood between her and the actress-singer.”It’s all love, it’s all respect”. Bieber said. “That’s also why I feel like, if everybody on our side knows what happened and we’re good, and we could walk away from it with clarity and respect, then that’s fine.”When asked if anyone ever reached out to Gomez to help “put an end” to the criticism she received from the singer’s fans, Bieber said she had “no expectation” for Gomez to clear the air. 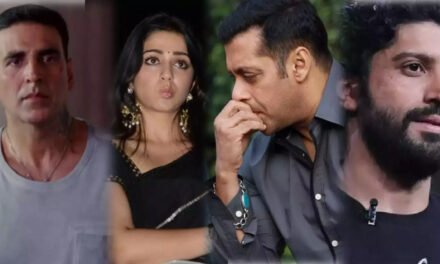