< Who was Siddhaanth Vir Surryavanshi, the actor who died while working out in gym ? Siddhaanth Vir Surryavanshi was earlier named Anand. He changed his name to Siddhaanth in 2016 on the advice of a numerologist. At the time, he had told ETimes, “I am waiting for good things to unfold.” He became a household name after starring in Hindi TV shows Kkusum, Kasauti Zindagii Kay, Mamta, Krishna Arjun, Bhagyavidhaata, Viruddh, Suryaputra Karn, Waaris, among others.

Siddhaanth last appeared on the small screen in the Sony SAB show Ziddi Dil Maane Na where he essayed the role of Special Agent Param Shergill. The show starred Shaalien Malhotra in the lead role, who penned an emotional tribute for his co-star upon his sudden demise. He wrote on Instagram, “Gained on a big brother, lost you too soon big man… will still remember all the suggestions and advices you gave me. The hacks for how you’ve always looked this good … I wish I can look as good as you did when I reach that age… param Bhayia for karan and a friend/ brother for me… you’ll be missed .. @siddhaanth.” Ziddi Dil Maane Na aired its last episode on June 4.

Siddhaanth was earlier married to Ira, whom he divorced in 2015. He has a daughter with her named Diza, who recently turned 18. Siddhaanth tied the knot with Alesia Raut in 2017. Alesia has a son from her previous marriage. Siddhaanth used to share many pictures of himself and his family on social media. He last shared a photo of himself winking on May 31 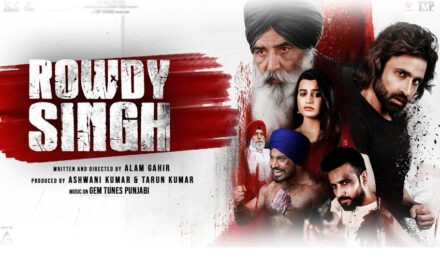