< Ashok Gehlot Ruled Out As Congress President After Revolt : Ashok Gehlot, the Chief Minister of Rajasthan, has been ruled out as Congress president after a rebellion by more than 90 Rajasthan MLAs loyal to him upset the Gandhis. Leaders like Mallikarjun Kharge and Digvijaya Singh are now in the running. The 71-year-old Gandhi favourite’s refusal to give up the post of Rajasthan Chief Minister has annoyed the leadership, the sources say. Mr Gehlot, 71, had agreed to resign as Chief Minister before his elevation as Congress president after Rahul Gandhi made it clear that he would not be allowed a double role, given the Congress’s “one person, one post” policy.

The transition in Rajasthan was to be formally announced at a meeting of MLAs at Mr Gehlot’s home on Sunday. The time and place was decided by the Chief Minister, according to Ajay Maken and Mallikarjun Kharge, who were part of the meeting as central observers.However, only about 20 to 25 MLAs showed up at Mr Gehlot’s home. Most Congress MLAs attended a different meeting at the home of Shanti Dhariwal, a minister close to Mr Gehlot.The Rajasthan crisis added to the turbulent build-up to the October 17 Congress president polls. For the first time in more than two decades, a Gandhi is not in the contest. With Mr Gehlot, the odds-on favourite, ruled out, the Congress is considering candidates like Mallikarjun Kharge and Digvijaya Singh. Former Madhya Pradesh Chief Minister Kamal Nath’s name has also come up but he met with Sonia Gandhi last evening and reportedly said he would prefer to focus on his state. 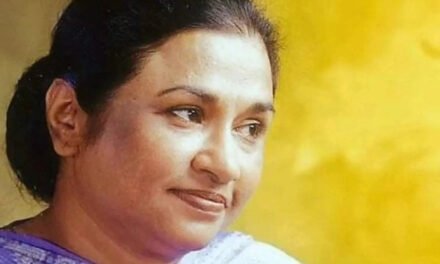