< UNKNOWN FACTS ABOUT ELIZABETH TAYLOR & HER 8 MARRIAGES WITH 7 HUSBANDS Elizabeth Taylor Was Married 8 Times to 7 Different Husbands, and Here’s a Peek Inside Each of Them. Elizabeth Taylor is the ultimate icon of Old Hollywood glamour. She seemed to have it all — beauty, fame, and a life filled with love. She was such a captivating woman, that she ended up walking down the aisle 8 times with 7 different men. And she became as famous for these romantic escapades as she was for her brilliant acting. We are fascinated by all the love Elizabeth Taylor received and shared throughout her life, so we summed up the most interesting tidbits about each of her marriages. Elizabeth Taylor was a young actress who was known for her unique beauty. Elizabeth Rosemond Taylor was born in 1932. She started in Hollywood as a child star, until she transitioned into mature roles in the 1950s by starring in romantic films.

Taylor became the highest-paid movie star during the 1960s. She is also a multi-award-winning actress, with 3 Oscars and 4 Golden Globes under her belt. Taylor was considered to be the most beautiful woman in the world during her prime, and was reportedly described as a “miracle of construction.” Her gorgeous hair, hourglass figure, rare violet eyes, and double-row of eyelashes (due to a genetic mutation) made her so exquisite, that some researchers even analysed her features. She thought her roles made her yearn to be an adult, which triggered a string of marriages. Taylor said her onscreen image made her want to be a real woman and a wife. And she saw marriage as a way for her to live independent adulthood. She also admitted to being an “incurable romantic.”

She married her first husband at 18 years old, and it was a quick affair. Her first hubby was Conrad ’Nicky’ Hilton Jr., and they were together for only 8 months — from May 1950 to January 1951. Hilton was the son of hotelier Conrad Hilton. According to reports, the 2 broke up because of Hilton’s bad habits. She became a mother in her second marriage. Taylor gave marriage a second try in February 1952. She said “Yes” to British actor Michael Wilding, who was 20 years older than her. Their union bore 2 sons, Michael Jr. and Christopher. In one article, Christopher shared that when they were kids, Taylor allowed them to play with her Golden Globe trophies, but not with her Oscars. When Taylor’s career catapulted, her relationship with Wilding soured. And after 5 years of marriage, they went their separate ways.

The third time’s a “charm,” and fittingly so, because it was filled with lavish gifts and jewellery. Just a month after she ended her marriage with Wilding, Taylor walked down the aisle again with her third husband, entertainment producer Mike Todd. The couple had one child, named Liza. Todd apparently indulged his wife with fancy gifts — from having a special meal flown from Paris to setting up an entire jewellery display in their yard. Sadly, their relationship came to an abrupt end when Todd was killed in a plane crash in 1958.

Her fourth marriage was controversial, but she remained unapologetic about it. Her marriage with singer Eddie Fisher in 1959 made headlines for the wrong reasons. Fisher was still married to actress Debbie Reynolds back then, but he left her to marry Taylor. And, this resulted in negative publicity for both of them. Taylor reportedly announced that their honeymoon phase would last for 40 years, but 5 years after exchanging “I do’s,” the 2 already called it quits.

Her turbulent relationship with her 5th (and 6th) husband hit Hollywood like a storm.Taylor fell in love with actor Richard Burton on the movie set of Cleopatra. It became a whirlwind romance, and the 2 got married within the same month that Taylor got divorced from Fisher (May 1964). Their relationship was notorious for being extremely passionate, and they were called out by certain institutions for their inappropriate behaviour. After both starring in a TV drama about divorce, Burton and Taylor ended their 10-year marriage in 1974. But that didn’t last long, and after 16 months (October 1975) they tied the knot again. Taylor said she loved Burton so much that she would never wed anyone else. But their second marriage lasted even less than a year, and Taylor ended up exchanging more vows with other men.

Even if her last 2 marriages didn’t work, she remained good friends with both ex-husbands.

Taylor’s sixth spouse was politician John Warner. They connected over their shared love for horses, but after almost 6 years, they divorced too. The last guy on her string of matrimonies is construction worker Larry Fortensky, who was 20 years younger than her. But unlike Taylor, Fortensky wasn’t used to the spotlight and they ultimately ended things in 1996. Taylor kept in touch with both Warner and Fortensky for the remainder of her life. Moving on from her failed marriages, Elizabeth Taylor lived her remaining years with purpose. Even in her later years, Taylor continued to act on television and on stage.

She had her own jewellery and perfume line, and she also established a foundation that aimed to find a cure for HIV/AIDS. Taylor was also honoured by Queen Elizabeth II for her charitable acts and was made Dame Commander alongside music star Julie Andrews.

Taylor passed away in 2011 from a heart illness. She previously wrote that she “was destined to give love, be a mother, a wife, and a friend” — and that’s exactly how she lived her life. What are your thoughts about the way Elizabeth Taylor handled her marriages? Are you the type of person who also rushes into relationships, or do you prefer to take it slow? 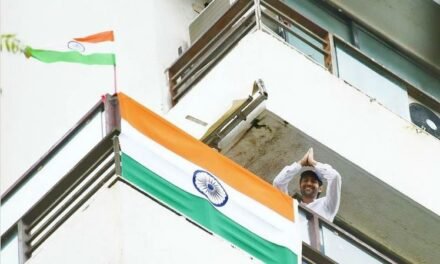 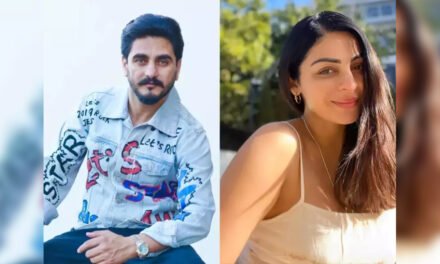