When it comes to latest gossips, controversies or exciting twists, Indian television industry has always been in news . From Big boss 16 to KBC , here is the list of top tv trending news of the week for the viewers to check :

Throughout the season of big boss 16, Sajid Khan has always teased nation’s favourite Abdu with Nimrit where he even asked Abdu if he’ll marry her. Few days ago, he was seen being upset at MC Stan, Shiv Thakare and Sajid for taking his chocolate as he was saving them for Nimrit’s birthday. Previously, Sajid asked him not to fall in love with Nimrit as she already has a boyfriend and things wouldn’t work out as she sees him just as a friend and nothing beyond it.
Abdu agreed to not fall in love with his crush and had told Sajid that he just likes her and even he’s aware that nothing can proceed further. Nimrat has also made it clear that there’s nothing like that and they are only friends.

2. Again a Police Complaint on Urfi Javed Made her Angry ,said- ‘No Problem with Those who Rape and Murder People’

Urfi Javed who is always seen wearing weird dresses made out of newspapers, cycle chains etc . has always been in news for her senseless fashion. Police complaints have again been made against her due to her exposing dress and The actress has expressed anger on those who filed the case through a post. She said that people do not have problem with rapists or criminals but with her dresses.

3.KBC -14 to Go Off Air : Amitabh Bachan Became Emotional
As KBC is going towards its finale and is going to be off- air soon , Amitabh Bachan has uploaded a blog in which he can be seen becoming emotional due to the show. He stated that he has so many people who inspired him on show and he’s going to miss the shoot and the show.

Shehnaaz Gill has clearly not forgotten Sidharth Shukla, rather she cherishes all the fondest memories shared with him. Shehnaaz Gill took it to her Instagram account and shared a smiling picture of Sidharth Shukla. In the caption, she penned down that she will see him again. On her Insta stories, she also shared an unseen picture showcasing their bond. One of the pictures has them holding hands. She also cut a cake on Sidharth Shukla’s birth anniversary.

Taarak Mehta Ka Ooltah Chashma actor Munmun Dutt got upset with the photographers at a recent event and mentioned that they should not be making ‘behuda’ (indecent) comments at the back. Munmum said that she might not be able to hear their comments now but they will be audible later when they upload these videos online. It is not the first time that celebrities have faced such comments from audience or photographers. 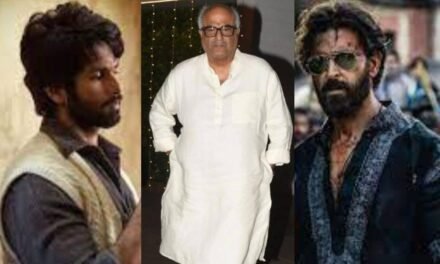