< T20 World Cup: “Surya is No.1 T20 player in the world,” grabs appreciation from Dravid 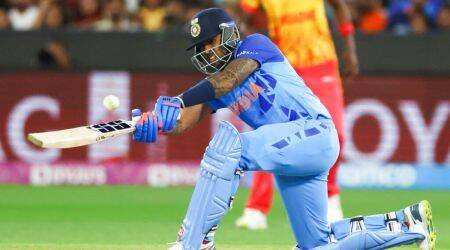 Surya Kumar yadav , who has been showing great playing skills in T-20 World Cup is gaining appreciation from everywhere. With such hand-eye coordination at work, bowlers never know when Surya will come down the track and use his wrists to flick the ball over the wicketkeeper’s head. There have been great cricketers, but not many have played with such conviction. His batting has gone beyond the coaching manual and it seemed only Surya could get himself out, with the bowlers hardly having a say.

On Sunday evening, he slammed a 25-ball 61 at the Melbourne Cricket Ground, a venue with enormous boundaries. He cleared them four times and six times the ball sailed to the rope for fours. His consistency has been India’s big strength Down Under. “It’s incredible. That’s why he is the No. 1 T20 player in the world at the moment, because of that consistency in a format where scoring at a strike rate that he does actually doesn’t – it’s not easy to be consistent with the kind of strike rate he’s going at. So, it’s just fantastic the way he’s playing. I think he’s been very clear in his processes. He’s very clear about his tactics,” Dravid said after Sunday’s game.

Dravid said this version of Surya is different from the one he had seen a couple of years ago. “If I look at Surya from a couple of years ago, just to see how he takes care of his body and the amount of time he spends on his fitness, I think he’s just really earning the reward for a lot of the hard work that he’s put in on and off the field, and long may it continue. I think he’s been absolutely phenomenal for us. He’s just a joy to watch. It’s a pleasure to watch him bat when he’s in that kind of form. Every time it’s like he puts on a show, without a doubt,” the head coach adds