Pollywood: Want to do a commercial Punjabi film with a good subject like ‘Majajan Orchestra’, says Kanika Mann Kanika Mann hails from Panipat district of Haryana. Currently, she resides in Mumbai where she is actively pursuing her acting career.‘Guddan Tumse Na Ho Payega’ fame Kanika Mann’s first Punjabi film ‘Majajan Orchestra’ was released on the Chaupal OTT on July 17. Prior to this, she featured in various Punjabi music videos. Well known for her works in the Hindi television industry, Kanika has recently participated in the ‘Khatron Ke Khiladi’ TV show. Taking out slices from her life, Kanika shared with The Indian Express her road to success and how she sees herself in the future.

Kanika hails from Panipat district of Haryana. Currently, she resides in Mumbai where she is actively pursuing her acting career.

Kanika comes from a conservative middle-class family. Her father Kanwarjeet Singh Mann is a businessman while mother Sudesh Mann is a homemaker. Eldest of all, Kanika has two siblings. Sister Simran Mann is a postgraduate in commerce while brother Abhijeet Mann is pursuing graduation in arts. All her family members are settled in Panipat.

After completing Class X and XII from S D Vidya Mandir School in Panipat, Kanika moved to Chandigarh to pursue a five-year integrated course in law from the city’s Panjab University. During graduation, she worked in various Punjabi music videos, which opened the doors to Mumbai for her. There, she got the opportunity to work in the television industry through a series ‘Badho Bahu’. Meanwhile, she completed her postgraduate degree in law from Kurukshetra University in Haryana.

“I am usually swinging between extremes. Either I am all into sweet romantic numbers or I go gaga over contemporary Punjabi music,” Kanika said.

“Weird enough but whatever I watch these days becomes my favourite. Moreover, I feel I am so involved in watching movies critically that I miss the chance to enjoy them just for entertainment. The genre of movies that I love watching the most is suspense. Unpredictable stories and characters engage me like no other,” said Kanika.

Starting her journey with Punjabi music videos, including Sharry Mann’s ‘Roohafza’, ‘Viah’, ‘Crush’, ‘Tera Naam’ and others, Kanika went on to work in the Indian television industry where she first played a character in a serial titled ‘Badho Bahu’, followed by Zee TV series ‘Guddan Tumse Na Ho Payega’. She, along with Arjun Bijlani, has also worked in a Hindi web series ‘Roohaniyat’ with MX Player. Besides, she has participated in Colors TV show ‘Fear Factor: Khatron Ke Khiladi’ Season 12 held in South Africa. Recently, her first film in Punjabi, ‘Majajan Orchestra’, hit the Chaupal OTT. Kanika plays a lead role in this movie which is based on the struggles of an orchestra dancer.

“I am in talks with a few producers regarding web series projects. However, I am yet to finalise those as I have just returned from the ‘Khatron Ke Khiladi’ show,” Kanika said.Tell us about your recent film ‘Majajan Orchestra’. ‘Majajan Orchestra’ is a movie with a different rather serious subject. It is a women-oriented film that brings out the struggles of the doubly-marginalised section of society. It is a story of dreams, of passion, of struggles, of never giving up. When I was offered this film by Chaupal Studios, I was sure about doing it because the concept was so interesting and emotional, quite different from the roles I had played before. Moreover, I was just sold to the idea of being the protagonist of the film,” she said.

“The best part about the making of this movie is that I got to work with a team of a women director and writer and that made me so comfortable to work on a sensitive story like this,” Kanika said.

Are you aiming for more roles in the Punjabi film industry?

“Oh, yes, definitely. I am thankful to Chaupal OTT for giving me a wonderful break. Next, I want to do a commercial Punjabi film on a good subject like ‘Majajan Orchestra’,” she said.

People started recognising Kanika Mann through her role in the TV series ‘Guddan Tumse Na Ho Payega’. “In Punjab, people have seen me in various music videos and now in films and have appreciated my work. However, I feel I am yet to deliver the performances that will truly make me famous in the region,” she said.

“I choose characters that are relatable and easy to connect with. A lot of people have told me that I look like a girl next door and this ordinariness is what makes them feel close to me and appreciate my performance. So, I think, it’s my preference for conventional roles that works the best for me,” Kanika said.

The only industry that is growing at present is Pollywood, Kanika opined. “Something new, be it music or a film, is constantly being added to the creative assets. Chaupal OTT’s emergence in the regional space is a recent major development and it has given a big boost to content and artists of the area. Interestingly, I have seen my friends in Mumbai hooking onto Punjabi music. Even Bollywood has been adopting Punjabi numbers, making it more mainstream than ever,” Kanika said.

“The only major challenge has been to convince my family to let me pursue acting as a career. I come from a conservative family, my parents were always reserved and they never considered working in the film industry to be a good idea. Even in my school days, they never encouraged me to participate in music and dance functions as it would distract me from my path. Although I understand they were right in their perspective owing to the lack of knowledge and experience, I wasn’t ready to give up without trying. Their fear and insecurity regarding the industry would, at times, make me doubtful too. I am glad I stuck to my passion and was successful in breaking the stereotypical mindset of my family and getting their support,” Kanika said.

“Honestly, the credit of my good physique goes to my genes. (laughs) I am not a fitness freak, however, I am going to follow an exercise routine very soon. All these years of working in Mumbai have been so busy that I couldn’t really follow a daily regime. One thing I want to mention is that I have always been very careful about what I eat. Even if I am at home or in Mumbai, I maintain good eating habits and drink a lot of water. Besides, I constantly work on my mental health. Considering today’s modern lifestyle, it becomes essential to train yourself to be mentally strong and stay at peace,” Kanika said.

Your mantra of success in acting

“I become the character I choose to play. I don’t know what to call this process but I just put myself in the given situation and start living it. Acting, then, comes naturally to me. You might find it funny but I used to cry real tears while acting in the TV series. I never needed glycerine. But the only drawback is that I had to suffer a severe headache after shedding tears all through the day (laughs),” she said.

“Seeing other artists rehearse their roles before the shoot, I have realised it’s not what works the best for me. So, my mantra is to go all natural and act as Kanika would do in a particular scenario,” the actress shared. 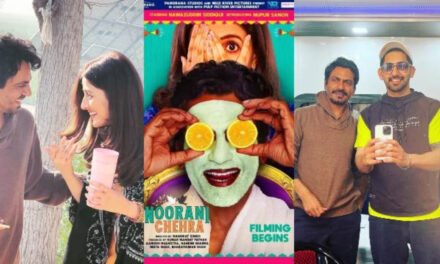 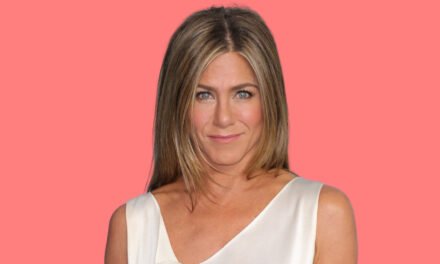 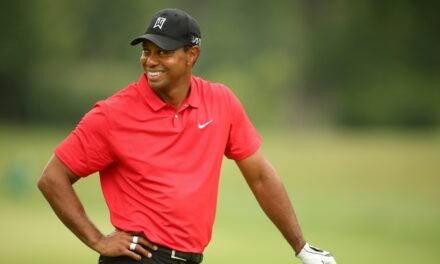