< KGF Chapter 2 trailer is out now…trending on number 1 and fans go gaga over it soon after its theatrical release. | Gremin Media Blog The wait is finally over for KGF fans as the creators of movie have unveiled its official trailer . Netizens can witness the strong onscreen presence of Yash , Raveena Tondon and Sanjay Dutt in pivotal roles .The die-hard fans of Yash have huge expectations from the film because of its cast and Yash aka Rocky Bhai’s return . They are eagerly waiting for the movie to arrive on big screens. ‘KGf 2’s revolves around Rocky(a promising son) who promises his mother to win all the gold for her and he doesn’t want to leave it on any cost. A triff war will be seen between Rocky and Adheera(Sanjay Dutt). Sanjay Dutt looks perfect in his role and he can be seen in an epic avatar in the movie. He said ,”This journey of KGF Chapter 2 has been a lesson for me after 45 years. This film was made as a family even the spot boys, the junior artist we are all family. I want to thank Yash for being a superb co-star such a humble man, my younger brother. Thank you Raveena, Prashanth thank you for making Adheera. Most importantly I want to thank my wife who pushed me to do KGF.”
Raveena will be seen essaying the role of a politician Ramika Sen who is not in mood to tolerate anything as she says in clip ‘Ghus ke maarenge’.There will be an interest and suspense in the movie that who will win the war at the end. Fans are super excited to witness the brilliant performances of cast Worldwide on 14 April,2022 in Kannada, Telugu, Hindi, Tamil and Malayalam and is written by Prashanth Neel. The movie will presented in North-Indian markets by Ritesh Sidhwani and Farhan Akhtar’s Excel Entertainment and AA Films.
The first part of KGF was released in 2018 and it was marked as blockbuster. 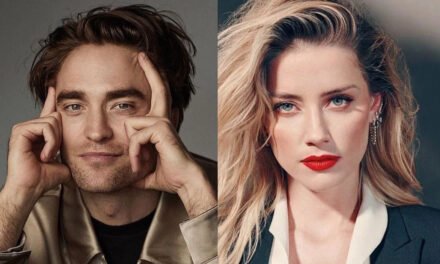