Inter Milan secured a timely Champions League win at the San Siro as Hakan Calhanoglu’s fine strike eased the hosts over the line to a 1-0 win against Group C rivals Barcelona. Both sides created chances in a busy opening in Milan, with Joaquin Correa seeing a penalty call rejected by VAR, before Calhanoglu stepped up to power the home side in front just before the interval.

Despite being camped out in the Inter half for the final 20 minutes, Barcelona were unable to break a resolute Nerazzurri backline and suffered their second Champions League defeat this season. Calhanoglu’s goal just before the break was enough to give Inter the win, and three crucial points. Till the Second Half ends, the score became Inter Milan 1, Barcelona 0. The super interesting match ended with the same score. 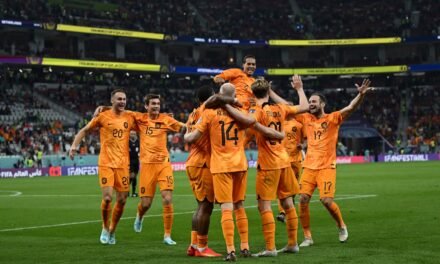 With time running out against Senegal, the Dutch strike, twice :