‘Maa’ is an upcoming punjabi language movie featuring Gippy Grewal and Divya Dutta in lead roles.Gippy Grewal and the whole team is waiting for film’s release . ‘Maa’ is going to hit the theatres on Mother’s Day’s weekend . The film is a gift to all those hardworking mothers as it is arriving in theatres on the special occasion. As soon as the trailer released , it garnered immense love and positive reviews from audience. For the same , fans are waiting for the film to drop in cinemas. Gippy Grewal and the whole star cast is quite excited for this wonderful movie . Speaking about ‘Maa’ , Gippy Grewal , who is the producer as well ,said, “Iam filled with honour and pride to produce this film, it’s a big responsibility to portray the feelings of a mother who herself always keeps them hidden behind her smile. I hope that everyone will connect themselves with their mother and feel her importance in their lives by watching the film.”  Furthers Divya Dutta said,”It was my pleasure to play the precious role of a mother, the strongest and the most willing.”
The amazing starcast of ‘Maa’ includes, Rana Ranbir, Gurpreet Ghuggi, Babbal Rai, Aarushi Sharma, Raghveer Boli, Smeep Singh, and Vadda Grewal. Coming to the credits, the producers of movie are Ravneet Kaur Grewal and Gippy and co-produced by Bhana L.A. and Vinod Aswal. Jay k and Desi Crew has given the amazing music and written by Happy Raikoti, Ricky Khan, and Fateh Shergill. The beautiful movie is helmed by Baljit Singh Deo and written by Rana Ranbir.
So, mark the date as ‘Maa’ will arrive on floors on May 6. Here’s wishing the best wishes to the whole team of movie. 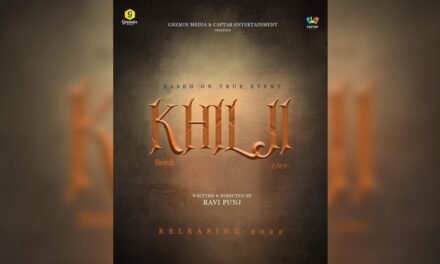