< Finding a star for ‘Wednesday’ who embodies ‘Family’ values with her own kooky twist : There was a lot riding on the casting choice for the main character of the new Netfilx series Wednesday. In addition to someone who could really pull off creepy, kooky, mysterious and spooky, the role of raven-haired, pigtail-braided Wednesday Addams was needed to go to a young actress who could rise to the occasion of playing a character from such an iconic property. As per casting director ,”It’s always a little bit daunting when you start a process with such legacy and storied roles around it,”.

The show has marked a return to the Addams Family world, based on the cartoons by Charles Addams and first presented on screen in the iconic 1960s black-and-white sitcom and later in the much-loved early 90s films by Barry Sonnenfeld. In the new series, Wednesday finds herself at a boarding school called the Nevermore Academy where all manner of outcast and freak can roam free.

In searching for their perfect Wednesday, Gough and Millar worked with some of the casting directors Papsidera and Sophie Holland, among others, While the character of family patriarch Gomez was portrayed by White actor John Astin in the “Addams Family” sitcom from the 1960s, he was portrayed by Puerto Rican actor Raul Julia in the Sonnenfeld movies. In “Wednesday,” Gomez is played by veteran performer Luis Guzmán, also from Puerto Rico. 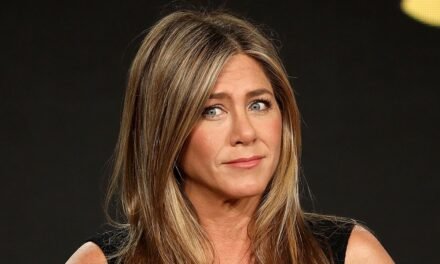 Jennifer Aniston opens up about failed IVF and says she has ‘zero regrets’ :