It seems likes Punjabi Industry has a lot of entertaining content for audience that is going to be released  and anounced  in 2022. A lot of movies are waiting in a queue to get released. Almost every day , we wake up with a news that a one more amazing project is on its way. For the same , another punjabi movie ‘ Western Gawaiya’ featuring Aarya Babbar and Manreet Saran in lead roles  announced recently. Yes, guys its true. Aarya Babbar took to his Instagram account and shared the official poster of his upcoming film. He wrote in the caption,” Sharing with you the first look poster of our new punjabi film #Western Gawaiya

!
Character ‘Golden Singh’ cheti miluga.” From the title , it seems to be a story of an aspiring character ‘Golden Singh’ who follows western style music. The poster itself is giving the vibes of Ranbir Kapoor’s superhit movie Rockstar. But,  we will assure the same only after watching the movie. Moreover, the more details about the film will be disclosed when the the project came out. One thing is for sure that it will be quite interesting and surprising to see Aarya Babbar in such a role after 2 years of break from the industry.
Talking about the details of ‘Western Gawaiya’ , it is helmed by Paramjit Singh and Gurdial Singh Sidhu and Daljit Singh will overseen the priductions. The film will be presented under the banner of Alpine Motion Pictures and RD Productions UK. Along with Aarya Babbar and Manreet Saran in lead role , the film also stars Malkit Rooney, Nirmal Rishi, Honey Albella, and Kashmir Singh Sangha in the key roles. 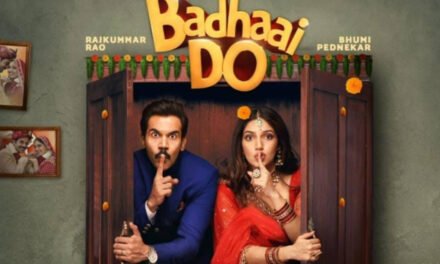