< Rahul Gandhi Ropes In A Minor Girl In Hijab In His ‘Bharat Jodo’ Container yatra Amid Intensifying Global Protests Against The Veil : The Congress Party’s 3,570-kilometer march dubbed the “Bharat Jodo Yatra” that began on September 7 in Kanniyakumari, Tamil Nadu which will take five months and will pass through twelve states before ending in Srinagar. As the Congress party fights for its survival, the presently revered supreme figure of the Congress Party, Rahul Gandhi, is attempting to appease sections of society that need attention and have become a controversy.

In a similar attempt, Rahul Gandhi roped in a minor girl wearing a hijab while walking in the Yatra in Kerala, indicating support for the hijab when the whole world is opposing the oppressive practice of repressing women. The image of Rahul Gandhi with a minor girl in burkha was shared on the Twitter handle of Congress, implying how Rahul Gandhi was acceptable of the attire that has been used as an instrument of repression by the Muslim fundamentalists.

It seems Rahul Gandhi was quite serious when he stated that he was fighting the Indian state and not any political party. After patronizing a controversial Catholic priest with a lengthy history of making provocative statements on Hindus and Indian heritage and culture, Rahul Gandhi has now resorted to defending the hijab, a practice that is grossly repressive, and also detrimental to the social fabric of the country. 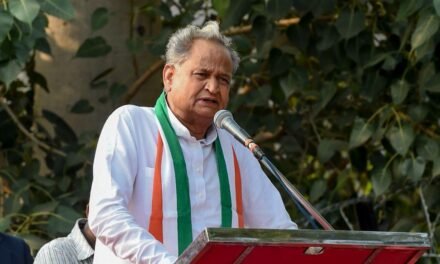