Neeru Bajwa is surely a one of the divas from punjabi industry . She is well famous in industry not only for her stunning looks but also for acting skills. Because of all these qualities , she is quite busy in her work and announcing back to back projects. What is more , she has announced one more untitled project along with Dheeraj Kumar. She took to Instagram and shared this news with her fans. Yes, you read that right . She took to her Instagram to announce the same . She shared a pic with Dheeraj Kumar and captioned it with writing ,”With your blessings we are starting our “untitled” film….all the best to the entire team! . Dheeraj Kumar is a brilliant actor who has given numerous projects to pollywood . He has left an unforgettable impression on the audience with his acting in ‘Warning’ and now he has come with another project alongside queen Neeru Bajwa to mesmerize the audience. He also shared the news of to be the part of “untitled” movie with Neeru Bajwa and wrote,”Waheguru sab de sufne poore kare “ At school .New film … Thanks to @gippygrewal Veera tuhade yakin te hamesha khra utra ga

“. Though , the title of the movie is yet to be finalize by makers . But, surely the movie includes some famous names Prince Kanwaljit Singh, Raghveer Boli, Garinder Sidhu, writer Naveen Jethi and many others.
Few days ago, Neeru Bajwa has announced his collaboration with Kulwinder Billa’s production house Ghaint Boys Entertainment for the upcoming film ‘Chal Jindiye’. She was last featured in Guru Randhawa’s massive hit song , ‘Punjabiyan di dhee’.
Neeru Bajwa and Dheeraj Kumar’s “untitled” movie will be presented under the Big Daddy Films’ banner. 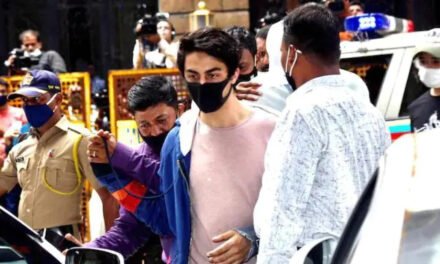