So it looks like, with Monica O My Darling, Vasan Bala has cooked a delectable neo-noir whodunnit murder mystery, that gets better and better, and whose effect stays with you long after you have finished it all. The film follows the life of Jayant Arkhedkar (Rajkummar Rao), a robotics genius, after he climbs the ladder and lands a great opportunity at his company. But even before we are introduced to him, we see something happen, and that sets the tone for the entire film. A series of murders follow in the ‘Unicorn Group’, where Jayant lands a once-in-a-lifetime opportunity. When all the fingers point at him, he must find out who the murderer is, and the clear involvement that he might have had with those who are dropping dead, and save himself from getting killed at the same time.

Much early into the film, audiences will know who might be behind the killings (or they might not guess). It is no robot science to find out- it is out there. Bala literally follows what his character, Inspector Naidu (played by Radhika Apte) says, “Story ko dhila chhorne ka, usko tightly pakadne ka nahi (Story needs to be left a little loose, it shouldn’t be held onto too tightly).” But he shows total control over the narrative that intertwines lust, greed, powerplay, love, jealousy, betrayal, and even class differences. The film also combines the best possible cast, and Bala probably also extracts the best out of the actors in the film.

At the centre of all the madness is Rajkummar Rao. There is also Huma Qureshi as Monica, the lady who will soon become a ‘bacche ki ma’. But throughout the film, you’ll be wondering whose ‘baccha’ it is! Don’t worry, you’ll find the answer. She nails her role and can change from sensuous to casual in seconds. She infuses a rawness to her character and elevates it so well. Radhika Apte has a limited role as the whacky cop, whose joviality is scary. Sikandar Kher deserves special mention as the entitled son of the boss. While he has just a few frames to him, he is too impressive with his casualness. There is also Akansha Ranjan Kapoor, Zayn Marie Khan and, of course, Sukant Goel. Here’s what Priyanka Gandhi has to say about joining Rahul Gandhi’s Yatra : 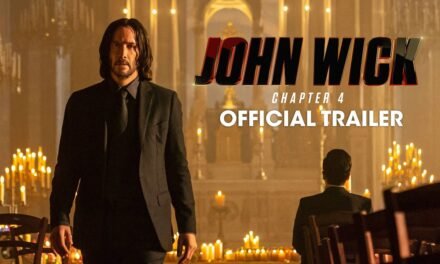