Cristiano Ronaldo scored as he marked his return to the Manchester United team in a dominant 3-0 win over Sheriff Tiraspol in the Europa League. Erik ten Hag made a number of changes to the United team that drew 1-1 against Chelsea in the Premier League with Alejandro Garnacho handed his first start for the Old Trafford club. Marcus Rashford came off the bench in the second half to score United’s second from a Luke Shaw cross after 65 minutes.And Ronaldo scored the goal he’d been desperate for all night, reacting quickest to a rebound from an initial header to finish high into the net and achieve redemption in front of the Stretford End.

Ten Hag made the decision to restore Ronaldo to the United team for the first time since the Portuguese forward refused to come on as a substitute against Tottenham Hotspur and he marked his return with a goal. The 37-year-old spurned a number of good opportunities to find the back of the net, but wasn’t to be denied as he scored nine minutes from the end. Ronaldo proved he can still be a good option for United this season. There’s the goal Ronaldo has been desperate for all night! His initial header was saved, but the Portuguese forward was the quickest to react to the rebound and finishes hight into the net! 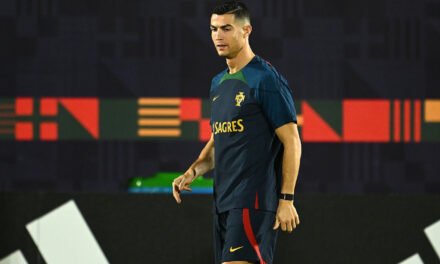