A first-half header by Gabriel Martinelli and an own goal by Marc Guehi gave Arsenal a 2-0 win over Crystal Palace on opening night of the 2022/23 Premier League season.

Mikel Arteta’s team lost last season’s corresponding fixture 3-0 away to Palace, but this was a strong start to the campaign by an Arsenal side that has improved over the summer.

Gabriel Jesus made his official debut for his new team and was sharp from early on, but it was fellow Brazilian Martinelli who opened the scoring after 19 minutes, heading home following a well-worked corner involving Oleksandr Zinchenko.

Palace pushed hard for an equaliser and forced Aaron Ramsdale into a number of saves, but Arsenal killed the game five minutes from the end when Bukayo Saka’s cross was diverted into the back of the net by the head of Guehi.

There was much talk about the two new signings in the Arsenal XI ahead of kickoff, but it was another Premier League debutant who impressed most of all. William Saliba had to wait three years for this night and he didn’t allow the opportunity slip through his fingers as the French defender produced a man-of-the-match performance.

Against a physical Crystal Palace attack, Saliba was comfortable. Not only did the 21-year-old handle everything thrown at him, he played an important role in getting Arsenal out from the back with the ball. Gunners fans have long wondered how Saliba would fare in the first team of his parent club. Now there is some evidence to suggest he will become a key part of Arteta’s side.

Jesus is a Premier League champion, but there’s a sense his summer switch to Arsenal from Manchester City could unleash him in a new way and his first-half performance against Palace supported this opinion. The Brazilian was exceptionally sharp and threatened to dribble through the opposition defence more than once. He could have scored one or two. 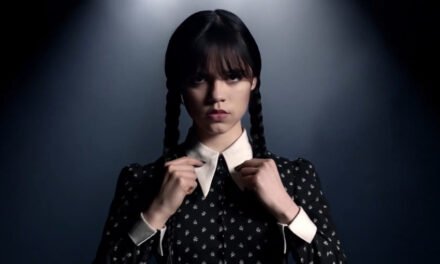